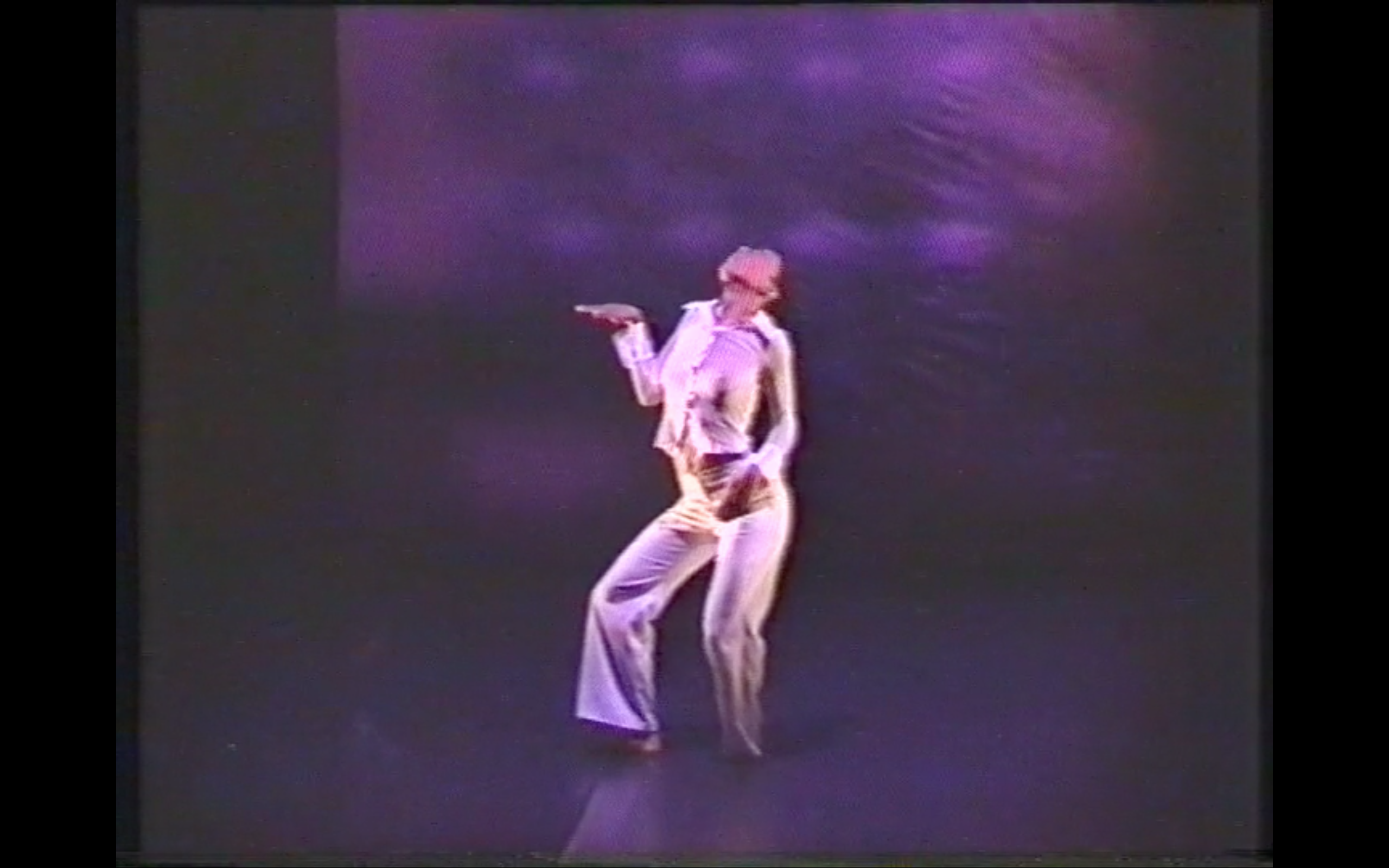 by Angela Guerreiro
Premiere at the Sommertheater Festival Hamburg with further performances in Antwerp, Cardiff, Kampnagel Hamburg and Potsdam.

In her solo, Angela Guerreiro transformed into an androgynous being with abrupt changes of nature. Foreign bodies and memories that she has absorbed and recorded in her physical memory are projected onto her body as onto a screen.
A few distinctive movements coalesce to form figures of uncertain origin: familiar or observed people, characters out of video clips, computer simulations or dreams?

In a time when the utopia of an authentic identity and physicality has faded, the dancer’s body produces bizarre creatures – humorous and strange – memories and figures both powerful and broken; together these create a new, artificial, but also very lively body.
Linked to the music, rhythmically interconnected with the compositions of Hendrik Lorenzen, the figure of Angela Guerreiro reflects the power and confusion of a radically changing world.

Bastard Memory at the SommerTheater Festival, the dancer Angela Guerreiro has created a clear and consistent solo work to a sound collage by Hendrik Lorenzen.
For a few seconds, flashing stop-lights render visible the face, body parts or the silhouette of the dancer in the darkness of the empty stage. In the story told by Guerreiro, the lights of the city reduce people to shadows, dissolve individuality.
She takes images and movements observed in everyday life, dissects male and female gestures and reassembles them in new sequences. This dance synthesis creates new figures – simultaneously artificial and realistic. (…)
The expressive qualities and rhythms change at lightning speed. The mask for fear dissolves into silent laughter. It’s fun to watch. She splits the body into sections: her arms and legs seem to lead a life of their own, and single movement sequences grow ever faster – while remaining highly precise. This alienated body becomes a projection screen for the surrounding world. Its natural harmonies, its original idiom, are lost. The dancer seems to be assembled from fragments of memory. (Hamburger Morgenpost, 22.8.96)

Angela Guerreiro’s biography to date is highly varied. And one can imagine that the intimate play of movement in Bastard Memory touches on all those experienced memories and invented possibilities of herself as performing artist – like a new voyage of discovery. It starts like the journey of a sleeping person in a jolting train. She is startled awake, moulds her face into a grimace until the head rolls to one side and the body slumps down again. Like images in a dream, her hands transmute to revolvers, aim at her own body, prod it in a process of self-confrontation.
Guerreiro’s dance is a rythmical dialogue: she answers inner impulses with sequences of clear, alert accents.(…)
The space of changing memories is filled with sharp-edged light zones, created by Sérgio Pessanha, which dissect the body. ‚Bastard Memory‘ is a quiet summary, a precise reflection, transparent and highly charged, stylish and completely without vanity. And it is a portrait of a wonderful dancer. (Die Welt, 22.8.96)

An Angela Guerreiro Prod. With the support of Internationales Sommertheater Festival Hamburg and Kampnagel Hamburg

In 1996 the CD Bastard Memory was produced by Hendrik Lorenzen under the label manifatture criminali in Hamburg.