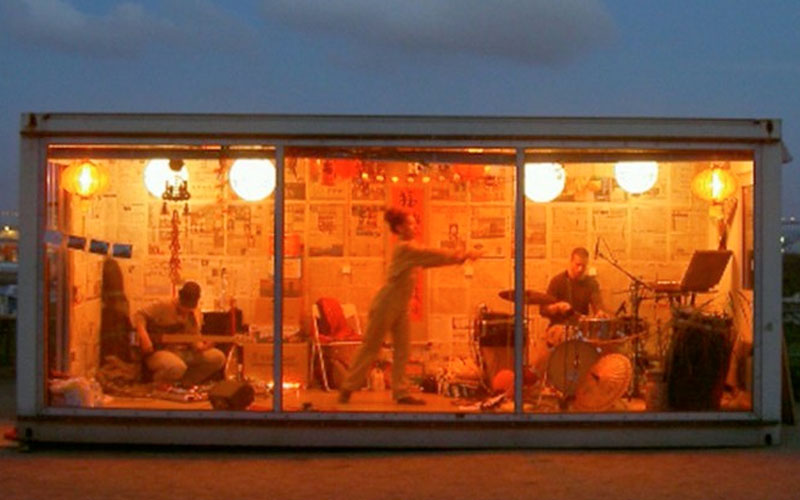 In the summer of 2004, Angela Guerreiro was invited by DepArtment to develop a Performance at a converted cargo container, placed at the so-called Altona Balcony with an amazing overlooking at the the Elbe river and at Hamburg city container.

The starting point and inspiration for the performance Hamburg2Shanghai is the link between the cities.
While researching about China, and especially about Shanghai city it turned out that there were strong links between Shanghai and Hamburg back in the 20th century which changed drastically due to the 2nd world war.
to find out that in the 20ies there was a thriving Chinatown in the jewelry street of St. Pauli was an amazinmg discovery.
The performance is a virtual journey into today’s Shanghai. My role is to re-invent images of contemporary Chinese women and to blend and mingle the old and new cultural practices and behaviors of Chinese culture, with futuristic taste and with the masks of Chinese opera dancing in a hip-hop video.