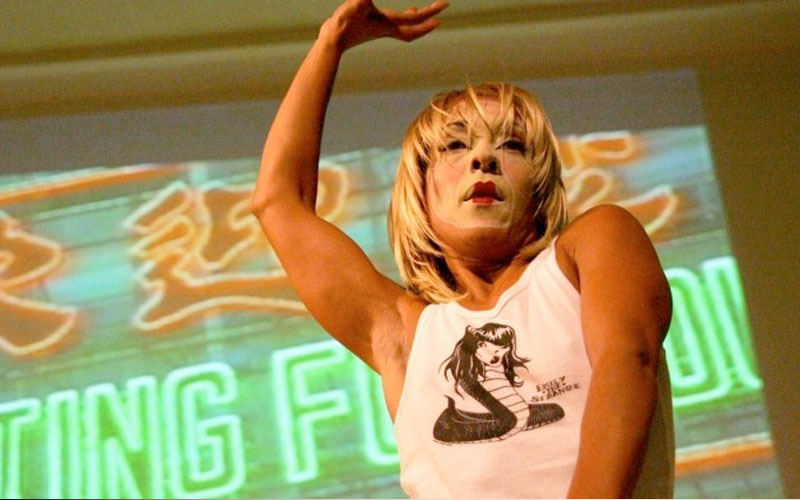 The Performance Memory Play – A pirated copy is an “imaginary” reflection by Angela Guerreiro about China’s 21st Century. The core of the performance is a collection of interview – to be heard during the performance as off-screen voices – in which the collective memory of the vast Far Eastern country is expressed.
Images of a Chinese woman blends old and new cultural practices and behaviors. On stage, Angela Guerreiro tries as to turn into a foreign body, in an act of “piracy”. The terms variable and fast, tradition and identity, old and new, are key in terms of the representation of the current state of China’s ‘future’ development.