Tracing Dance from Addis Ababa to Nairobi and Hamburg | 2008-09 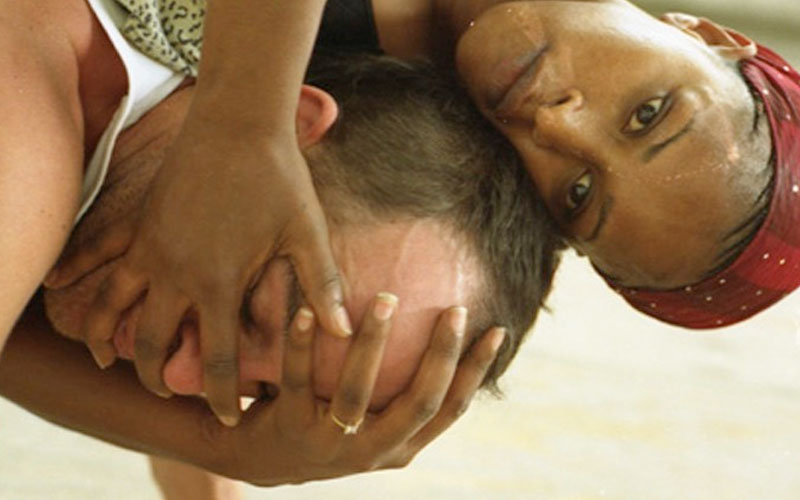 A research project by Angela Guerreiro

Together with dancers from Addis Ababa, Nuria Mohammed and Nairobi, Adam Ley Lucas, the Hip Hop artist Johnny Lloyd, a musician from Hamburg, Sven kacirek and Angela Guerreiro, European choreographer with African roots, they go on search for the meaning of movement and rhythm under the sign of European and African culture and colonial legacies.

Techniques of movement of African ritual dance will meet contemporary dance and Hip Hop. Old and new pop-cultures will be reflected in cross-cultural imagery in dance. Confrontation between tradition and modernity, manhood and womanhood, colonialism, neocolonialism, and colonial resistance will be the foundation for a collective performance, which could open up to something new in dance.

“However, I am increasingly convinced that only by recognizing and understanding a little what is happening in Africa, can we gain what a better understanding of what is happening here at home. And for this, there could be no more relevant opener, I believe, than an immersion in some large cities and in the work of some of their artists. Because, like in the rest of the world, Africa is becoming urbanized at an alarming pace. And, as in other places at other times, leaving aside the ephemeral rhetoric of politics and the tragedies of war or famine, the best artistic creation is a privileged field, where one can detect the background movements that are shaking the entire continent. If Africa’s traditional art is fundamentally rural, its contemporary art, apart from being extremely interesting, is fundamentally urban.”

Africa or Africa’s’, Pep Subirós, ‘in ‘Africas – The artist and the city, a journey and an exhibition. 2001